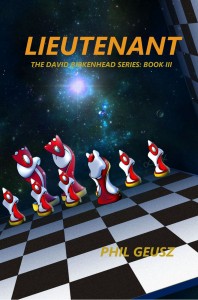 “Whatever you do, please don’t throw me in that brier patch!”

Rabbits have been outwitting their enemies for as long as rabbits have had enemies, and that’s a very long time indeed.  But few bunnies have ever found themselves in as tight as a spot as recent Academy-graduate David Birkenhead, assigned to Graves Registration work and trapped far behind enemy lines by the unexpected outbreak of war.  Nor have many lapines been forced to make-do with such a miserable brier patch-the highty strategic (and aptly-named) Zombie Station, already twice-crushed by Imperial forces and now garrisoned only by rotting corpses.

David’s superior officers are incompetent or worse.  The guns don’t work.  His only effective troops are illiterate slavebunnies.  No one would reasonably expect an officer in his position to hold out against a major Imperial offensive for as long as five minutes.

But as the universe is about to learn, there aren’t any other officers like David Birkenhead.
Purchase a softcover copy for $4.95.