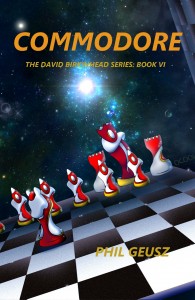 “War is cruelty,” General William Tecumseh Sherman famously asserted.  “There is no use trying to reform it.  The crueler it is, the sooner it will be over.”

David Birkenhead is not by nature a cruel Rabbit.  yet he’s been assigned one of the most miserable missions an officer can ever receive–to bring two renegade Houses of Nobility back into the fold, by force if necessary.  And he’s in a terrible hurry as well; the Imperials are certain to strike again at any moment.  Will David once again manage to make do with what he has instead of what he might wish for and somehow prevent a civil war and Royal catastrophe?

Even if he has to face the entire Imperial Fleet along the way?