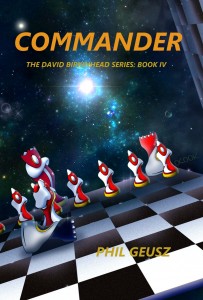 “We have not yet begun to fight!”

John Paul Jones once declared not long before snatching victory from the jaws of defeat.  But even the immortal Captain Jones might’ve flinched at the prospect of a months-long odyssey through the heart of Imperial space in command of a thin-skinned converted merchantman.  In this fourth volume of the “David Birkernhead” series, the newly-promoted Commander Birkenhead is forced to zig when he should’ve zagged and finds himself in what any lesser officer might well consider a hopeless situation.  Cut off from all contract with friendly forces, short on supplies and in command of a ship that most of the navy’s brasshats consider a wasted of resources, the Hero of Zombie Station must once again make do with what he has rather than what he might wish for.

This time, in so doing he will shape the Empire to the core.