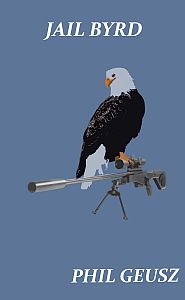 Robert Herman Byrd, now properly Prince Robertherman of Clan Gonther and a celebrated Hero, is sent again to a miserable, failing colony of the Empire. This one, however, is the domain of his adoptive brother, heir to the Imperial throne. Forced into the most morale-sapping service light-years from Earth, can Robert and his experimental platoon of human warriors ever return home with their lives, much less their honor?
Book two in the Clan Gonther Cycle

Available in Softcover for $6.99