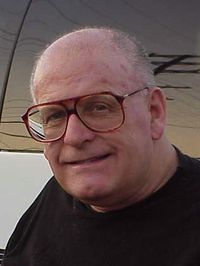 Frederick Walter Patten (1940- ) has lived in Los Angeles, California all his life. He began reading science fiction in 1950 with Sixth Column by Robert A. Heinlein (Gnome Press, December 1949), and started collecting s-f about 1953. In 1960 he joined the Los Angeles Science Fantasy Society, of which he is still an active member. In 1963 he wrote his UCLA Master’s thesis in library science on the works of Andre Norton.

He has been active in too many science fiction, comic book, and other fan clubs to mention, including being a founding member of Japanese anime fandom in 1977 and of anthropomorphics fandom in 1980. He began writing animation, s-f, and anthropomorphic book reviews in 1966 and has had over 700 published to date. He was a professional librarian from 1963 to 1990, and worked at Streamline Pictures, one of the pioneering companies to license Japanese s-f animation for American theatrical and video distribution, from 1991 to 2002. He co-founded the annual Ursa Major Award for the best in anthropomorphic literature and fiction in 2001. He is the author of numerous articles on anime, comic books, and science fiction from the 1970s to date.

His books include three editions of An Anthropomorphic Bibliography (Yarf!, January 1995, August 1996, January 2000), the last consisting of an annotated list of over 500 novels and short-story collections featuring anthropomorphized animals; the award-winning Best in Show: Fifteen Years of Outstanding Furry Fiction (Sofawolf Press, 2003; reprinted as Furry!: The World’s Best Anthropomorphic Fiction (iBooks, 2006) as editor; and Watching Anime, Reading Manga: 25 Years of Essays and Reviews (Stone Bridge Press, 2004) as author; and he has contributed to The Animated Movie Guide edited by Jerry Beck; Animation Art: From Pencil to Pixel, the World of Cartoon, Anime, and CGI edited by Jerry Beck, Animation in Asia and the Pacific edited by John A. Lent, plus many others.

In 2005 he suffered a major stroke, and has been semi-paralyzed in a convalescent hospital ever since, maintaining his writing and editorial activities via laptop computer from his hospital bed. He currently reviews books on animation for the online Animation World Network, and anthro fiction for the online Anthro and Flayrah magazines. After his stroke, he donated his lifetime collection to the Eaton Collection of Science Fiction & Fantasy at the University of California, Riverside’s Tomás Rivera Library’s Special Collections & Archives. It took almost 900 boxes to transfer Patten’s donation, which consisted of almost 500,000 separate items, to the UCR Library.